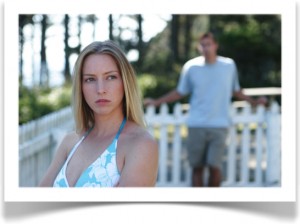 Here is an excerpt from an article I saw over at msnbc.com:

Bill Doherty, a professor in the family social science department at the University of Minnesota, said, "Around 30 percent of the couples coming into marriage counseling are mixed agenda couples," he says. "Divorce is on the table for one of the parties. Traditional marriage counseling has no way to deal with those people. It's been an area of frustration for a lot of marriage counselors."

Let me give you those last two sentences again:

Let's say you take your computer to a guy who says he's an expert at fixing computers. You spent a lot of money on this computer, and you'd really like to keep using it. The repair guy looks over your computer and says, "you'd really be better off throwing this one away and getting a new one."

You ask him if he CAN fix it. "Well, I think I can, but what's wrong with your computer is a real challenge to fix."

So what do you do? You thought you were bringing your computer to a pro, someone who advertised himself as an expert in computer repair.

The same is true with marriage counselors.

If you're thinking of seeing a marriage counselor who is "frustrated" by the use of the "divorce" word by one or even both partners, then may I suggest you look elsewhere.

If divorce is being considered, then the factors in this post have NOT been addressed.

You must get to the source of the problem. If you do, things get better. MUCH better.

You must get to the reason for the bad feelings, for the lack of love or romance, for the distance that's occurring between the two of you.

If you get to THE reason, things get better.

For a period of time, we are offering a free copy of our marriage book: "When The Thrill Is Gone." Click here to get your copy.