When your marriage is in trouble, when you suspect infidelity, when things aren't going well, the last thing you want is a marriage counselor who steers you in the wrong direction. So, how do you know what's "right" and what's "wrong" when it comes to working with marriage counselors. Here are some things to keep in mind:

They do not let the spouses criticize the daylights out of each other.

Their main focus is getting to the SOURCE of the marital difficulties and not on compromise.

Exceptional marriage counselors never end a session when one or both spouses are upset. There is no: "I'm sorry, Mr. and Mrs. Jones, your hour is up." 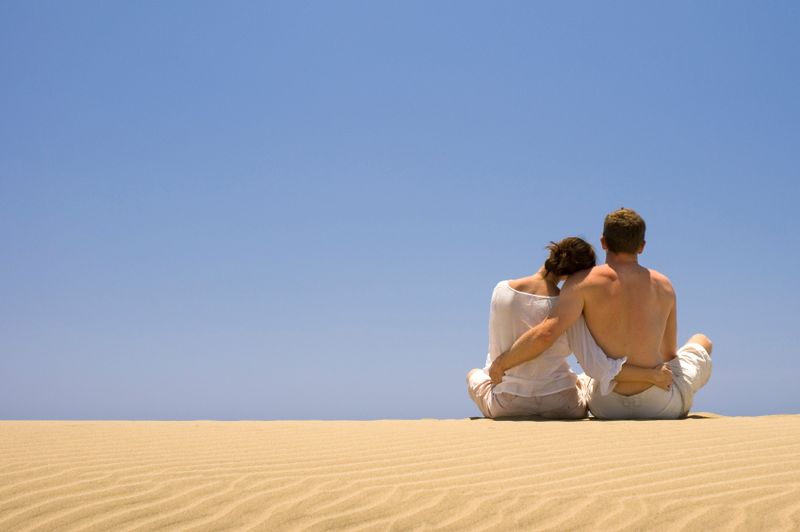 Here is the most important thing about exceptional marriage counselors: They know they can fully restore the communication between husband and wife. And they have total certainty they can achieve that result.

Well, there you go. I hope that helps. I know it sets the standard very high. But a marriage and a family are extremely important and should be addressed with a very high level of expertise.

In other words, learn to accept your spouse’s faults or quirks. If she burns dinner, that makes it OK that you lost $300 at the casino. If he or she cheats, well, that makes a good number of the other’s faults OK.

An article on Buzzle.com stated “Marriage is all about compromise. Compromise is hard. With or without marriage counseling, married couples need to learn to solve their problems. Counseling can be a place to learn these skills, but should never be the only thing used to save an unhappy marriage.”

I believe that in order to save a marriage that is in trouble, you have to sit down and take a hard look at what your spouse has done to you that was difficult for you to experience or that broke the agreements of the marriage. But you also have to take a serious look at what you have done to your spouse that was difficult for them to experience or that was against the agreements and commitments of the marriage. Considerably more on this is available in my marriage book—and the eBook version is currently available at no charge.

It’s a 2-way street. Everybody knows about the Golden Rule, i.e. not doing something to someone else that you wouldn’t want to have done to you. Well those are the things that can wreck a marriage. If you look at it from both ways, it can really have a healing effect.

You and your spouse just had a huge fight. You’re absolutely sure you’re in the right and most likely your spouse feels the same way. You have a few options:

When two people are very upset, it’s difficult to resolve things from that very upset state of mind. If the two of you take a walk around the block, the idea is to walk long enough until you are “extroverted” from the upset. In other words, you’ve popped out of the upset and you no longer want to strangle your spouse. While on this walk, each of you needs to put your attention on things in your external environment: look at plants, trees, houses, other people, clouds, etc. Put your attention on things outside of you and this will produce an extroversion from the upset. And, as mentioned, each of you goes a different direction on this walk.

When the two of you have successfully completed this walk, you can then sit down and take a fresh look at what’s upsetting both of you.

Do not underestimate the effectiveness of this “walk.” I can absolutely assure you it will put the two of you in a better position to resolve the upset before it gets too far out of hand (or goes onto the backburner where both of you stay upset for awhile).

In my book, When the Thrill Is Gone, additional procedures are given to resolve marital upsets. There is also an entire chapter to help people get over the loss and upset of a previous relationship that didn’t end well. The eBook version of this book is currently available at no charge.

You and your husband are upset about something. What advantages are there to sleeping on it?

If you and your spouse are in the middle of an upset, it's worth the extra effort to try to resolve it before heading off to bed. For a few reasons:

• You'll get much better sleep if the upset is behind you.

• Though some upsets will "fade away" with time, many do just the opposite. They linger and can have a negative impact on other areas of life.

• Upsets (even minor ones) that are allowed to accumulate can put unnecessary strain on the marriage.

• If there are kids, whether they view the upset(s) directly or not, they are affected by them.

Sometimes we're just too tired to sit down and resolve an upset before going to bed, but any effort you (and your spouse) make on this kind of thing can be very helpful. Even if all you do is look each other in the eye and say, "hey, I know we're upset but I think the world of you. Let's agree to fix this tomorrow for sure." — that's far better than sleeping on it. And a fast hug or kiss wouldn't hurt.

While driving around town a few days ago, I heard a radio talk show host give a woman advice that was so off-the-wall, I figured I'd mention it here as a good example of "outside influences."

The talk show host is well known, has a national audience and his subject is money and finances. (I won't mention his name, as that part of the story is not that important). A woman calls all excited to talk to the host and says her fiance wants a pre-nuptial. She says he's got a handful of old cars that are treasured collectibles and apparently he doesn't want to lose them if the marriage goes sour.

The woman explains a bit more about her fiance, that he's been in school for awhile, learning a craft and the talk show host jumps in and goes on for about five minutes about how big a mistake the woman is making by going ahead with the marriage! He even tells her that if you were my daughter that, "I'd do everything in my power to make sure you didn't marry this guy!" He uses this five minutes to severely criticize the woman's fiance.

Now I realize this is a more-than-obvious example of an "outside influence" but this woman started off the conversation with a fiance she loved dearly and a minor concern about the pre-nup and as the talk show host worked her over for those five minutes you could see that she was starting to feel different about her fiance.

And I also realize this woman most likely should NOT have called the show to get "advice" about her fiance AND whatever advice he gave she should NOT have let it affect her. But unfortunately these kinds of things can and do happen.

If you (or your spouse) are talking to a friend or another family member about your spouse and you receive advice that is derogatory in some way, realize the potential exists that you'll leave that conversation with less affinity for your spouse. You may have had good intentions going into that conversation, perhaps wanting to air some concerns you have, but you have to be aware of the fact that someone outside of your marriage has the potential to reduce the love and affection one spouse has for the other.

Sometimes a marriage is being hurt by a hidden outside influence. This person is not immediately obvious to the husband or wife. In my book, When the Thrill Is Gone, a procedure is given to locate a hidden, negative influence on a marriage. Locating such a source of trouble can bring tremendous relief to a marriage.

Having an awareness of "outside influences" as a factor in your marriage can be very helpful.